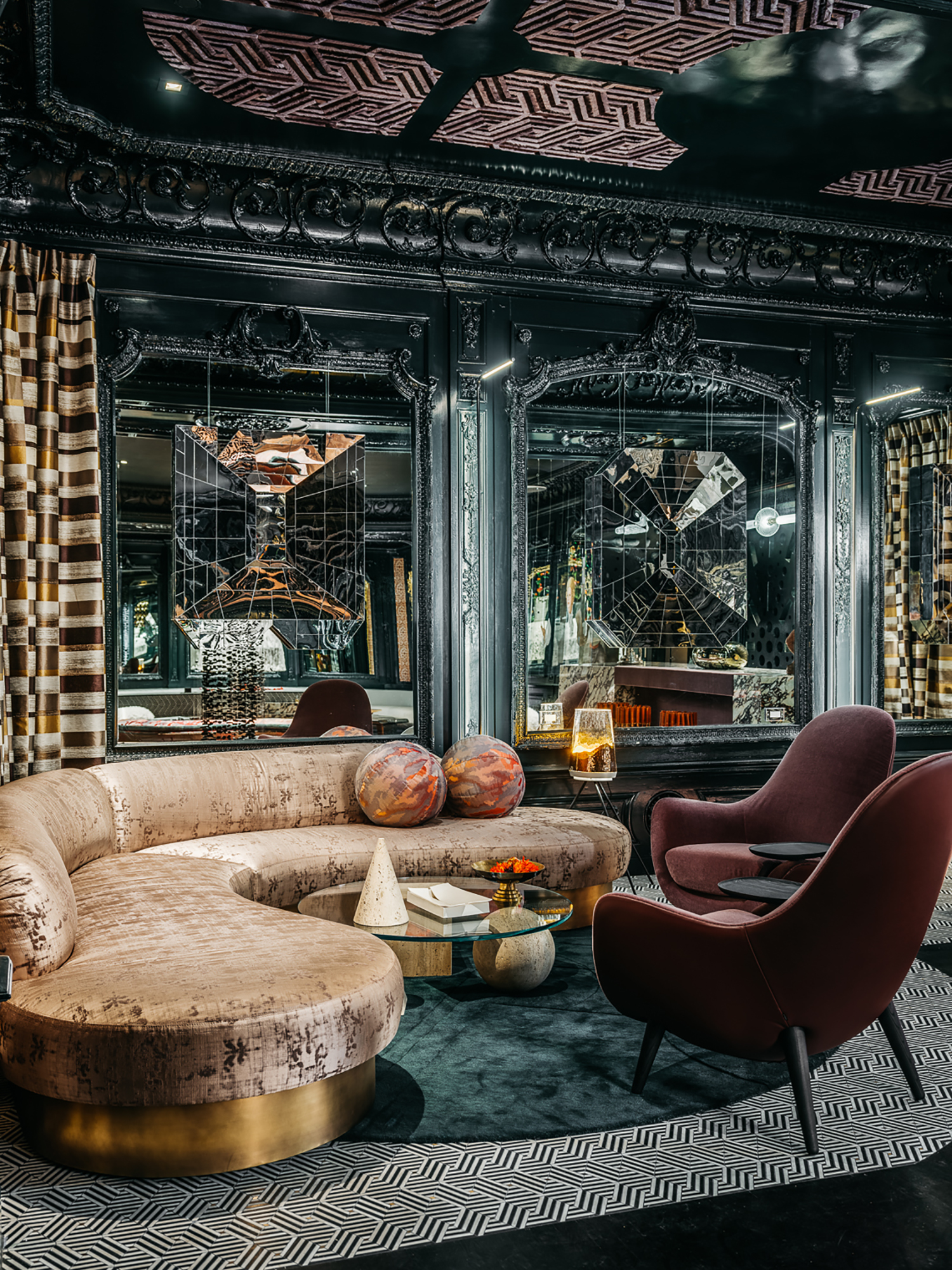 Built in 1904, Le Petit Trianon is an 18,000 square foot mansion located at 3,800 Washington Street in San Francisco. The property is a close replica of the small château that Louis XV built for his mistress Madame de Pompadour on the grounds of the Palace of Versailles. This year, it was transformed into San Francisco’s prominent Decorator Showcase House, where 36 of the top interior and landscape designers on the West Coast descended on the home, paying homage to its history while also creating lavish modern takes on the space.

The largest room of the house is found on the subterranean level, where an existing windowless ballroom was transformed into a sleek, black discoteque reminiscent of a Berlin nightclub. Designers Vernon Applegate and Gioi Tran of Applegate Tran Interiors collaborated with Larkspur Builders to transform the existing ballroom into a modern masterpiece.