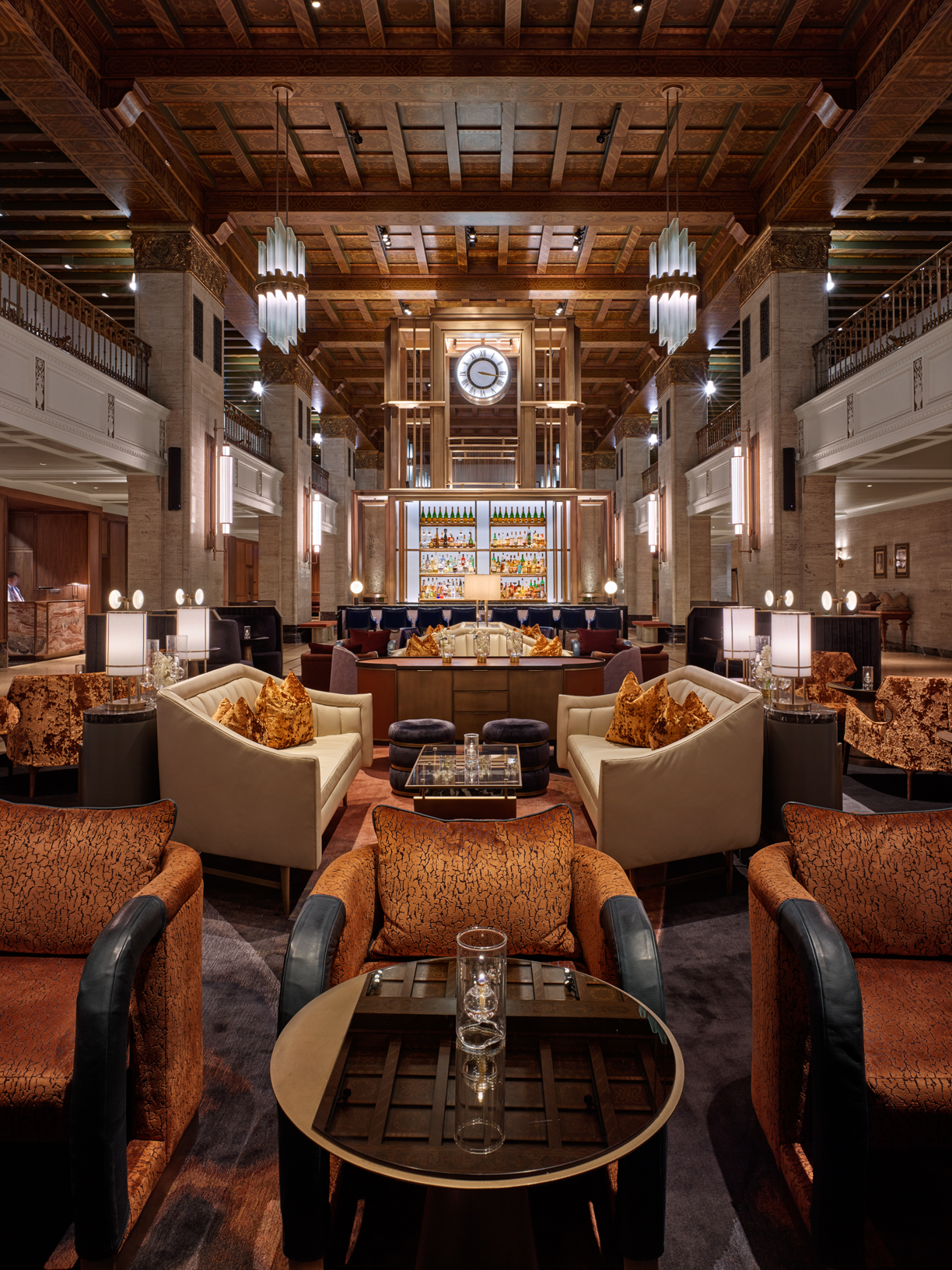 Rockwell Group’s design for the revitalised public spaces, meeting and event rooms, and restaurant at The Fairmont Royal York was inspired by a journey from Toronto’s past through to its present, embracing and highlighting the building’s rich patina while adding a contemporary layer that feels timeless. Given the hotel’s connection to the railway and Toronto’s Union Station, we took cues from the aesthetics of train cars and railroads. One of the biggest interventions was the creation of a grand double height clock tower in the centre of the lobby atrium, where it can be seen from all angles. The monumental skeletal bronze metal structure preserves views through and around it. The base of the clock tower contains an intimate 8-seat lobby bar with a metal resin bar die. The back of the tower features a constellation clock that rotates within a night sky inspired glass panel.