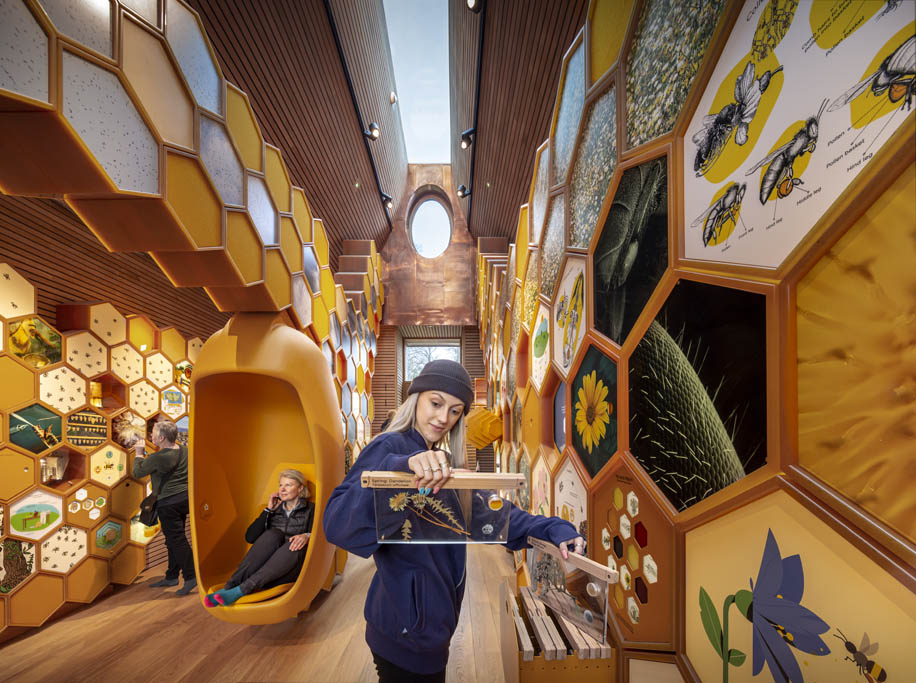 At Beezantium, integrated architecture and scenography transform what initially appears as a small, wooden building on the outside into a thriving beehive on the inside. Giant honeycombs made of a material mimicking wax surround the visitors. Lights embedded in the honeycomb create a warm glow resembling honey’s golden appearance. In place of honey, Beezantium’s honeycomb stores information about bees’ lifecycle, their hives and humans’ fascinating relationship with bees. Visitors mirror bees flying from flower to flower collecting pollen as they move from cell to cell collecting facts and stories.