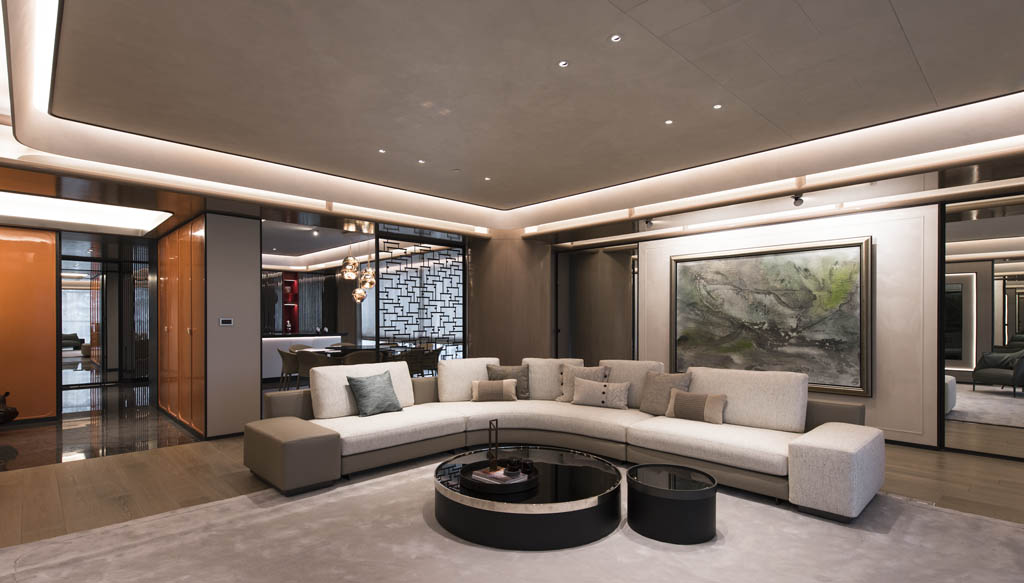 After a long period abroad, the two owners developed a great appreciation for the light, graceful structures designed by Richard Meier of the “white” school of architecture, which they took as the starting point for their new life in retirement. Their unique and appealing characters, and their combination of Chinese and Western rhythms, inspired them to introduce the style of a southern Chinese garden from the Jiangnan region into this modern-looking structure. The design evolved from this idea, and the finishing touch that completed this architectural concept was its “pavilion,” which became the project’s focal point.