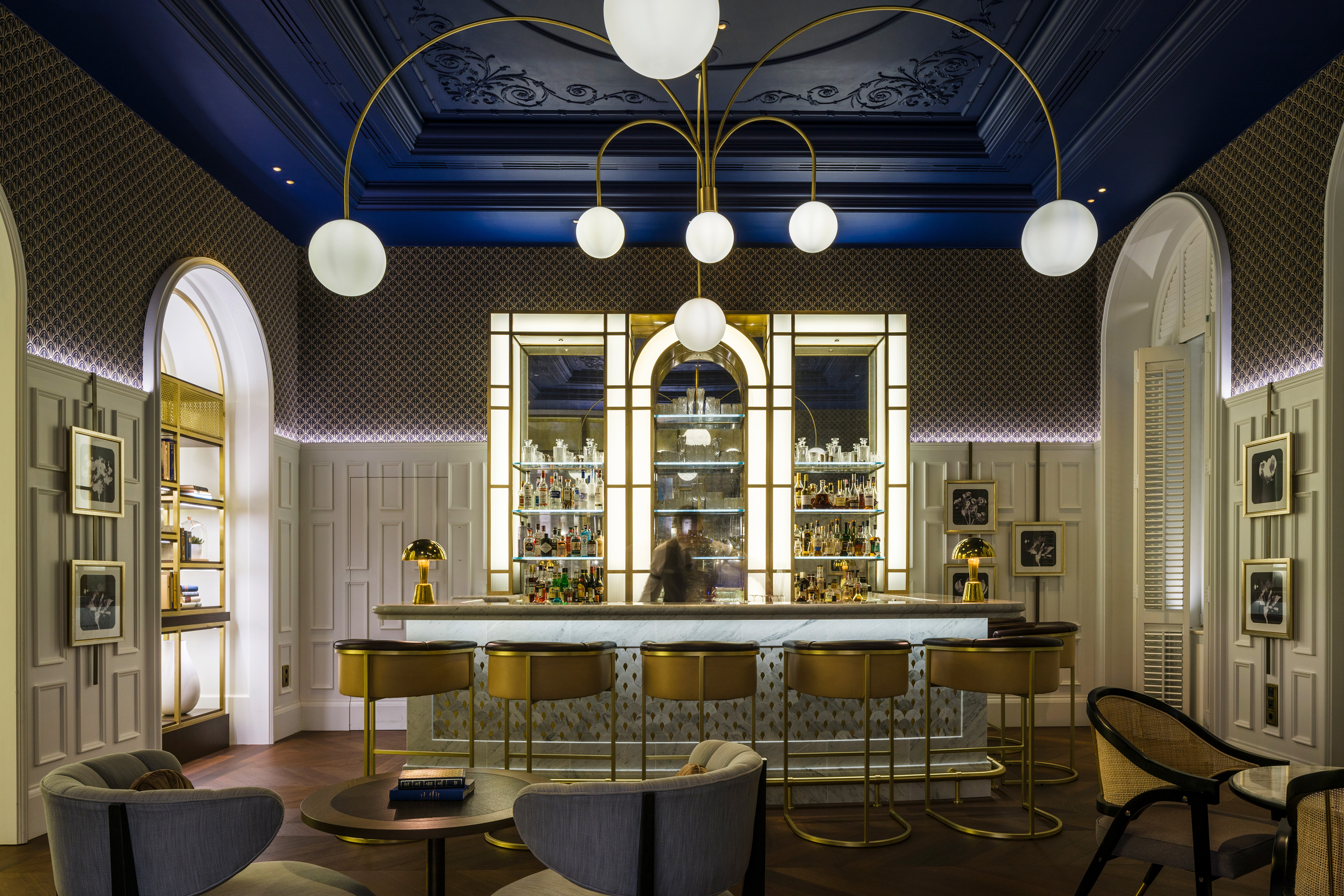 Situated just above the UNESCO World Heritage site of Dubrovnik’s old town, Hilton Imperial Dubrovnik Hotel was originally built in the 1890s and went on to serve the great Mediterranean cruise liners docking in the city in the early 20th century. Originally named ‘The Grand Hotel Imperial’ and Dubrovnik’s first modern hotel, it became an immediate hit, with a French Riviera feel and the glamorous cachet of an international clientele. The hotel was subsequently shelled during the Yugoslav war.

Brought back to life in 2005, the hotel was rebuilt in its original style, but costly building works meant that the interiors weren’t the main priority at that time and were primed therefore for a completely new treatment this time round. Drawing inspiration from the romance of the hotel’s former glories, the new scheme restores completely the hotel’s original glamour, with a Riviera palette, soft detailing and a 1920s yachting influence.