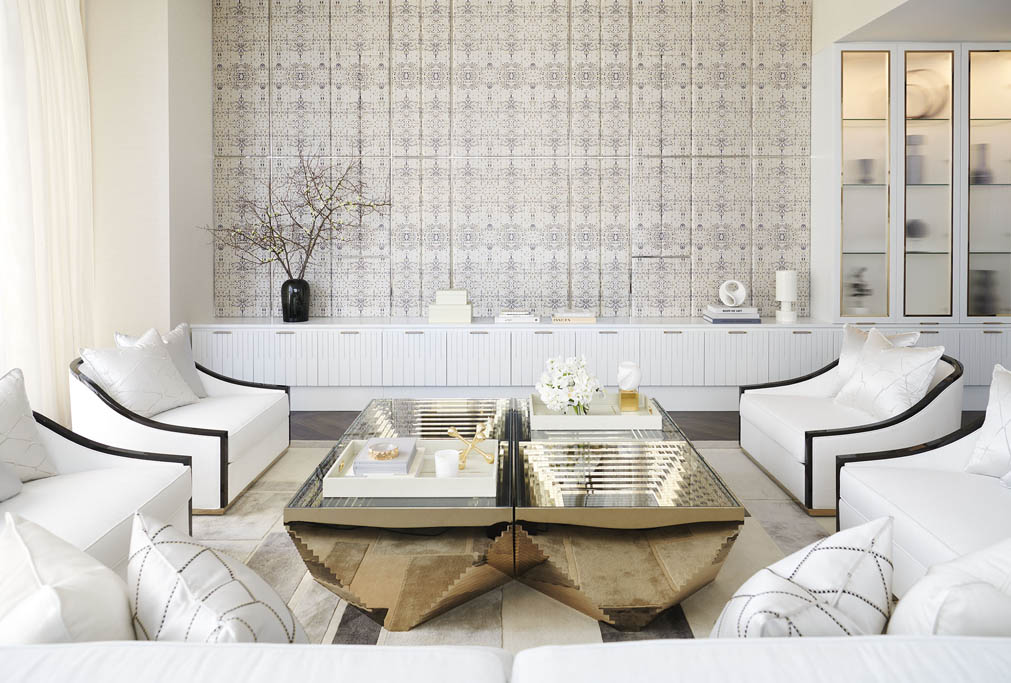 Perched on the 66th floor of the world’s tallest residential tower, Blainey North reimagined this residence to reflect her signature luxury, undercut with a contemporary edge that is synonymous with New York city. The brief was to embed the invigorating spirit of New York within the confines of a luxury residence. The inspiration was the undulating sounds of the city; an interpretation of New York through the lens of a visitor. Being a design firm from Australia, Blainey North found the ever-present hum of the city to be its defining feature. The interiors were considered, allowing the sweeping views of Central Park to act as the hero of the space. Furniture, designed and produced by Blainey North, adds an understated opulence, contributing to a sophisticated interior language that marries luxury with a distinct New York spirit.